I had to re-drill the holes in the sides which were barely visible by now. Only problem I had was with one of the long 5-prong rails which I had to straighten out after failing to force it in. Once in place I secured them with some matte medium dropped into the holes with a fine paintbrush. Coming to the cab it's now clear that I've put the loco numbering too near the cab (in fact the numbers are too large), and the cab rail covers the nearest number. Rather than go back and reapply the numbering (I doubt I could do it as neatly again) I put the rail in at an angle.

For the front step rails I used 0.3mm brass, bent to a right-angle, painted and varnished, then cut to length and secured with superglue droplets. 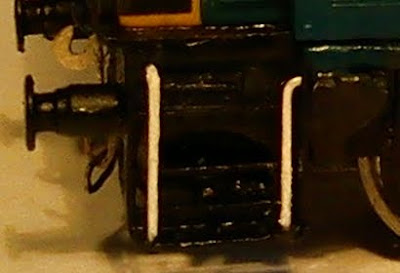 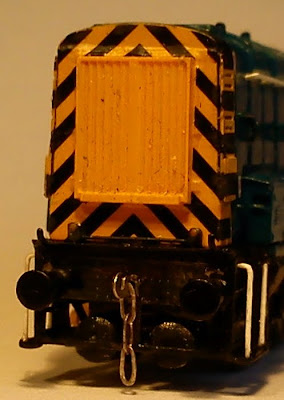 These and the rear bar are fixed with matte medium. 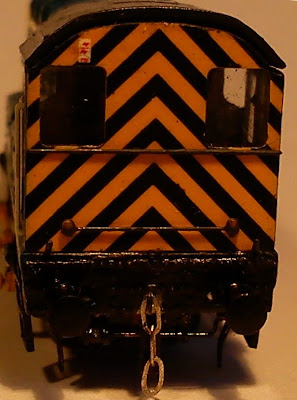 It was starting to look good now, there had to be another problem. And when I decided to unscrew the chassis to fit the brakes I found it was harder than I expected. Seems the motor is a very tight fit. So that can wait till I'm feeling up to it.
I will be lightly weathering it eventually, but not till the pleasure of the new has worn off.
Posted by Gram at 9:00 pm