The cab structure is a combination of metal etch with resin roof. 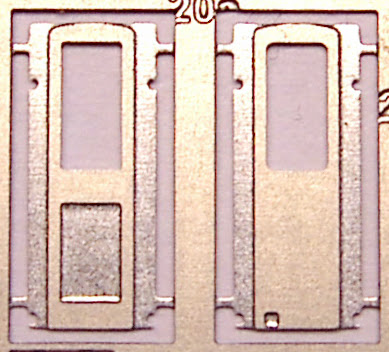 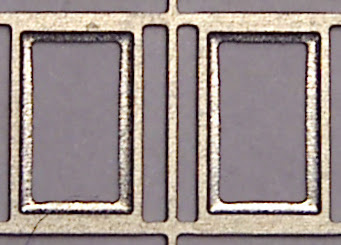 Some locos had a frame around the cab window, but mine is plain glass.

The doors are soldered onto the etch for strength before removing it from the fret.

Bending the sides accurately is tricky, particularly avoiding the delicate windscreen wipers. Without a folding tool I’m using 2 pieces of brass bar to support the etch next to the folds. Eventually it goes wrong. One of the doors comes loose and the frame bends. 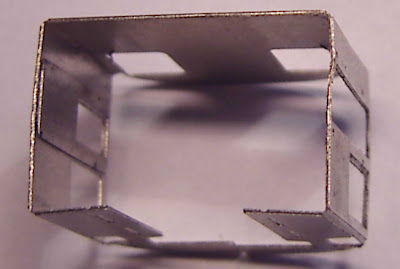 I’ve removed the door on the right.

With the etch flat on a piece of glass I push a brass bar across the bent side with increasing pressure. When flat I replace the door with epoxy glue. 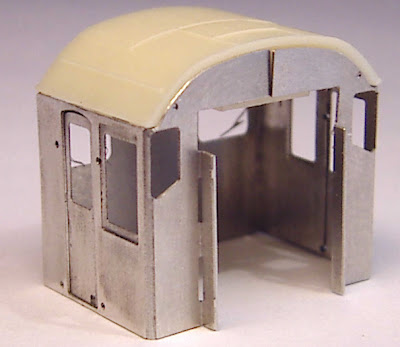 Doesn't look too bad now. The roof isn't glued at this stage. 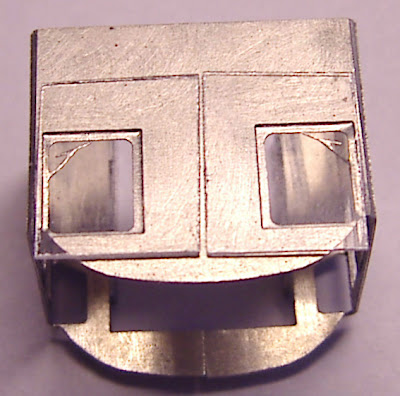 I’ve made some windows from 0.25mm clear styrene. I’d like to model one of the cab windows half-down but I’ll need some thinner material for that. In any case I won’t fit the windows until the cab’s painted.

Yes my friends, I folded the cab inside-out.

After unfolding it, reversing the doors and folding it back there were three casualties. 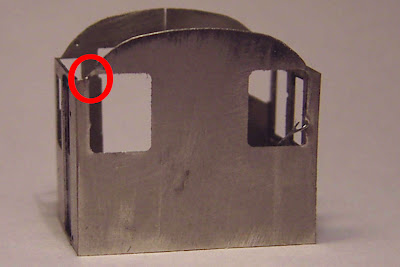 (1) The thin section at the top of the window developed a kink that I haven't been able to remove. I'll have to fill it and file it flat.

(2) One of the windscreen wipers came off, and since they were both too bent by now I decided to replace them with some thin wire. 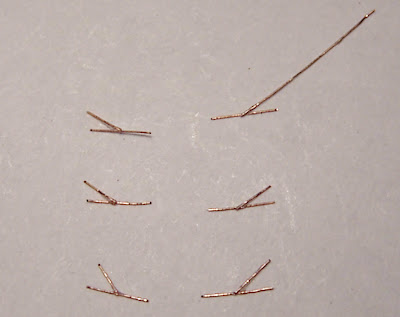 They're under 3mm long, made from 0.1mm electrical wire. I've glued the arm on top of the wiper so that when fixed the arm will be clear of the glass. I'm working at the boundaries of my dexterity and patience here - really wish my hands were a bit steadier. 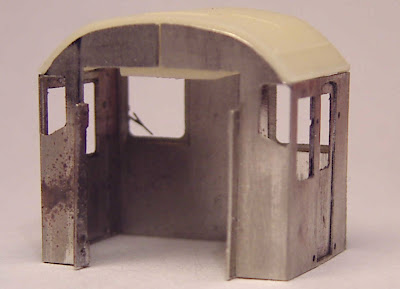 (3) One of the upright tabs came off, but I managed to solder it back.

For a few days I was too annoyed with myself to work on this. Feeling better now though, and ready to move on...

Surely you have folded the cab inside out?!!!!!

Thank you Chris, yes I hadn't worked out how the window recesses work.